Portraits of a Revolution: Marc Betsworth 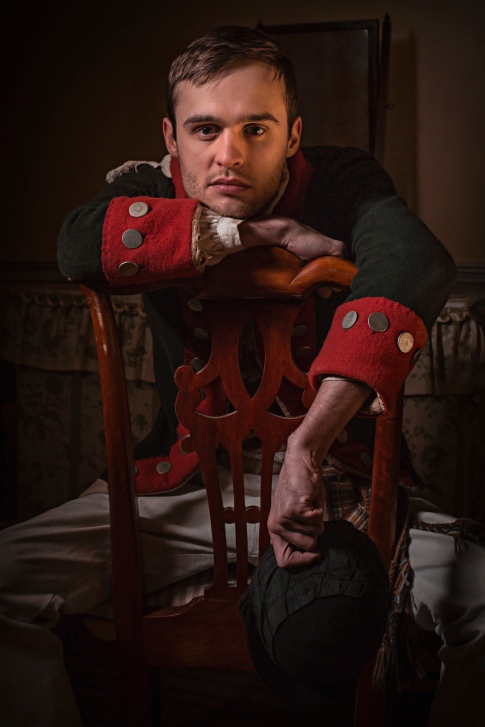 What is your process?

For these shots, I wanted to be as nimble as possible so I used a very simple one-light set up: a gridded beauty dish and a reflector – that’s it. I tended to use a gold reflector to warm up the tones. There’s a pattern of light I’m after and it can be elusive. It means playing with the angle of the reflector a lot. Beyond that,I focus on what my subject is giving me. Primarily, I’m looking for authentic moments – nothing too contrived. As a former musician, I find that music can be really helpful on that front. It inspires my approach and in a way, it can relax and direct the subject better than any verbal direction I can provide. Sometimes, if the music’s right, I can just sit back and wait until it naturally evokes the expression and mood I’m after.

The post process was a bit more involved. Given the era, I knew I wanted to employ a painterly look to the images but I didn’t want them to look too heavy handed or filtered. This meant applying a painterly texture as subtly as possible while preserving the “photographic” integrity of the image. Although I do use a tablet and tend to sculpt in the light, I’m not a fan of out-of-the-box “painterly” effects or brush strokes in a photographic image. To preserve authenticity and character, it was also important to ease up on the retouching.

From a very young age, I remember being mesmerized by images in my grandparents’ photo collections. They lived in Europe through the second world war which for me as a kid, was like entering this other world. Looking at the juxtaposition of period-specific settings with contemporaneous expressions always captivated me and still does. Of course – I realize I’m doing nothing terribly new here – historical recreations have been around in the visual arts for centuries. Some have played around liberally with anachronisms and others (like me) try to achieve greater authenticity.

Years ago, I took some black and white photos of characters in costume in some old European streets. Because the monochromatic look aligned with the period and the subject matter, I was amazed at the authenticity I was able to achieve. Since then, I knew I wanted to work in this space and to create vintage moments that were never captured in their time.

A few years ago, I met with a few costume and set designers; one of whom suggested I connect with reenactment actors. I took this advice and eventually connected with a reenactment actor here in Toronto (Marcio da Chunha) who allowed me to photograph him in a studio setting. Not only was he an excellent subject in his own right, he opened the door to an entire community of reenactment actors. Along the way, I learned a great deal about this community and gained an appreciation of the depth of their historical knowledge and insight. They take their craft very seriously as do I, so there was a lot of synergy there. I am very indebted to them for their trust in me.
Where do you want to go next with your work?

I will continue to build on this collection with a view to perhaps publishing the work if the opportunity arises. Beyond that, I’ve already started to undertake new projects from different eras. These entail slightly different aesthetics and tend to be somewhat more narrative in nature. For example, I’ve been working on some tableau pieces that I’m excited about. Given the artists that inspire me (Caravaggio, Valentin De Boulogne, etc.), I’m keen to explore scenes consisting of more than one subject. I also find that a location can very much act as another character in the shot so I plan to do more environment portraits and location shoots in the future.