Carissa just returned from Vancouver where she was stationed for ten days. We rented a pop up space for two weeks in Chinatown, installing Series, Clearcut and Ipseity. 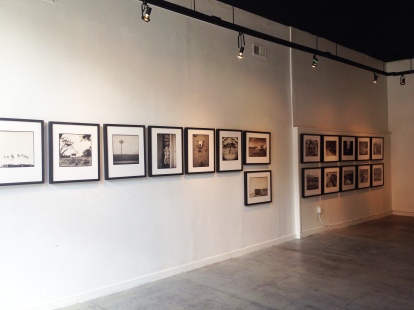 SERIES brings together five photographers with five different stories to tell. Salina Kassam, Thomas Brasch, Larry D. Hayden and Skip Dean have explored their own environments through the photographic medium. 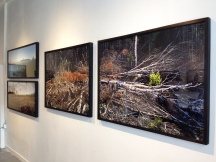 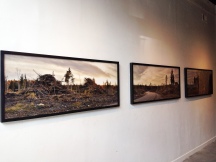 The intersection of man and nature is a dominant theme in Matthew Plexman’s work. Clearcut captures the evolution of an old logging road in northeastern Ontario: old sections are blocked off and new routes added, leading to new areas of logging activity. The borders between clearcut and forest are abrupt at first—open areas of chewed-up earth and toppled trees abut untouched woodland. Over time, the process of healing begins and the borders blur. Plexman attempts to find beauty and symmetry in the tension between destruction and regeneration, inviting dialogue about the conflict inherent in our dependence on nature for both resource extraction and emotional sustenance.

Carissa had the pleasure of meeting some really interesting folks on her travels. Sally Buck and Kent Lins popped up their photos in cube vans every weekend during the Capture Photo Fest.

She also got a fantastic tour of the new Emily Carr University campus by photo studio tech Geoffrey, and met up with Kathy from Beau Photo.

With a bit of down time, she also got to take in some of the sights of Vancouver and Whistler. 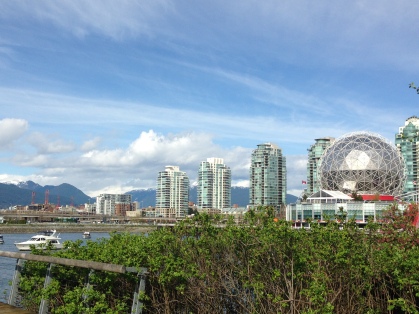