In/En Transition presents an exchange of photography by exhibiting six Quebec artists in Toronto, and six Ontario artists in Montreal, reinforcing a sense of community between the two provinces. 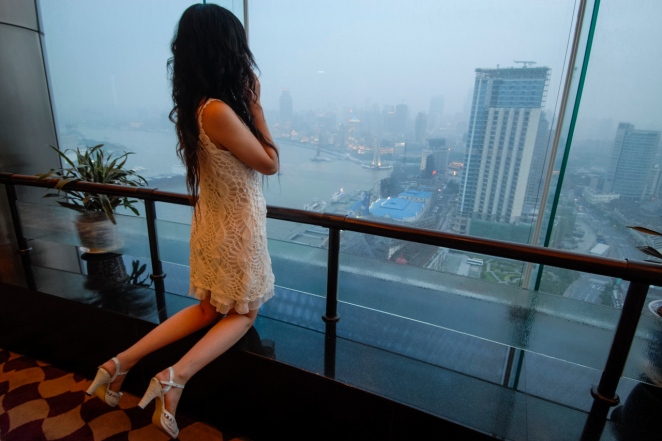 How has your process changed over your career as a photographer?
I have been working in documentary photography since the early 1990s, and making the transition to digital is definitely the biggest change I have had to go through. Although the change was a lot of work, I am not nostalgic about silver based photography. I embraced the new technology and started playing with these new possibilities, creating montages, digital patterns, and creating music videos and live multimedia performances. This has allowed me to expand my practice into movement and sound, as well as working in collaboration with multidisciplinary artists.

The ever-optimistic artist Caroline Hayeur focuses on themes of humanity, emotion and
connections between people through a practice deeply rooted in the present moment. Drawing on her experience of field photography since in the early 1990s, she is interested in concepts of place and home in various forms of relationship: friendship, families and broader communities.
In the spirit of documentary storytelling and humanistic portrait, her work illuminates
surprising connections between subjects through juxtaposition and proximity. Many of her projects began as artist residencies and community art, either in Quebec or internationally.
In 1997, FESTIVE RITUAL: PORTRAITS OF THE MONTREAL RAVE SCENE marked the
beginning of a long-term exploration into the world of nightlife and dance. After it’s exhibition during The Mois de la Photo à Montréal, the show toured worldwide through the FNAC Photo galleries (France, Europe and Asia) for over ten years. FESTIVE RITUAL, TANZ PARTY and later AMALGAT: DANSE, TRADITION ET AUTRES SPIRITUALITES (2003-2007) address the theme of the body-in- movement and have been presented as books, websites and exhibition tours. HUMANITAS, a series of portraits showing extreme emotion from birth to death, is presented several times in Quebec and also in Toulouse (France) during the festival ManifestO in 2013. With ADOLAND, she pursues her voyage in the world of adolescence. Her latest project named ABRAZO return in the field of dance, true the practice of tango from Buenos Aires to Montreal.
Since 1994, Caroline Hayeur has been a member of the Montreal-based Collectif Stock Photo — a group of independent photojournalists. In 2012, the collective celebrated its 25 th anniversary with the exhibition 25 YEARS OF STORIES under the artistic direction of Hayeur, with a dozen photographers presenting retrospective work at the Zoom Photo Festival Saguenay International
Meeting of Photojournalism. She was also Zoom speaker of honour in 2013. Hayeur collaborates among others with the ONF Interractif since the debuts of the studio.
Caroline Hayeur teaches photojournalism at l’École des médias, Faculty of communications at The Université du Québec à Montréal.